Skip to content
Form 4 examination results (mirror at maktaba.tetea.org) were released on February 14 and articles describing the announcement made by the government have been printed in several newspapers (See References). The Executive Secretary of NECTA declared that the pass rate for 2014 national examinations was 68.33%, a 10% increase from the previous year. This pass rate is just shy of the government’s Big Results Now (BRN) goal of a 70% pass rate this year. While this may look like an improvement, and was presented as such in the articles, a closer look at the numbers reveals that student performance decreased. The total number of students who passed the national examinations fell from 201,152 in 2013 to 167,643 in 20145. The increased pass rate isn’t due to improved performance by the students, but rather the result of a significantly smaller number of students sitting for the examinations. While the group of students who finished in 2014 entered O-level with a larger class than the previous year,  they were required to pass their Form 2 examinations in order to continue to Form 3. Many of their classmates were forced to repeat Form 2 or end their studies after failing the examinations. The students who finished in 2013 didn’t have this condition so most of their class continued to Form 4 and sat for the examinations. The figure below shows the stark difference in the transition between Form 2 and Form 3 for the classes of 2013 and 2014 (examination statistics are from 5 and enrollment numbers from 6). 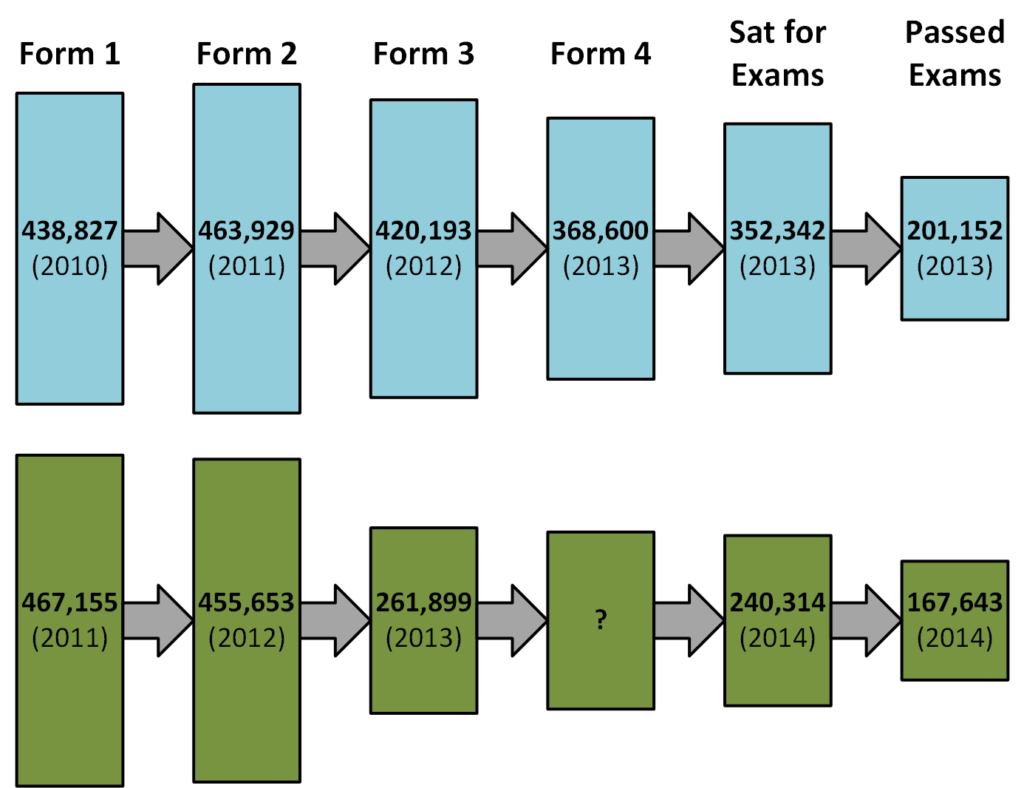