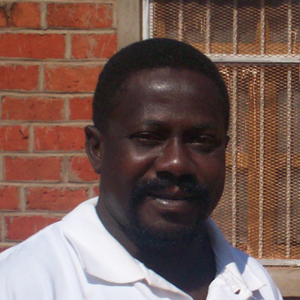 Mr. Komba is currently a headmaster at Namihoro Secondary School in Peramiho, near Songea. He has had a long teaching career in Tanzania since 1983. Over the course of his career he has taught at the primary and secondary levels and in both government and private schools. He has been a Headmaster since 2007 and has served as the Chairman of the Songea District Chapter of the Tanzanian Heads of Secondary Schools Association. He assists Tetea in an advisory capacity in regards to educational issues in Tanzania as well as filling the role of secretary for its Tanzanian counterpart organization.

Melina is an accountant at Standard Chartered bank in Dar es Salaam. Formerly she was an accountant for Tanzania International Container Services and Independent Power Tanzania Limited. She holds a Bachelor’s in Commerce from the University of Dar es Salaam. She is Tetea’s main liaison in Dar es Salaam for official business with various government offices and ministries as well as holding the chairman position for the Tanzanian Branch.

Rose is a graduate of Ruaha University College (RUCO) in Iringa. She received her Bachelor’s degree in computer science in 2012. An alum of TETEA sponsorship, she now volunteers her free time to work as the Tanzanian organization’s treasurer and to follow up on the progress of TETEA’s sponsored students. She currently works at Barclay’s Bank in Dar es Salaam, Tanzania.