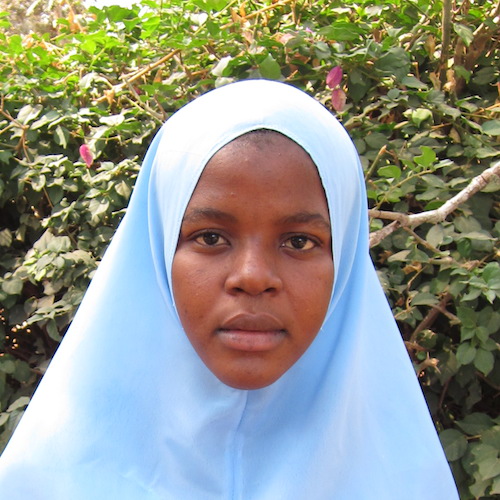 Fatuma attended Teacher’s Training College in Kitangali, where she was 4th in her class of 280 students. She is now working as a primary school teacher. She passed her form four exams in 2008 with a Division IV of 27 points. Her family depends on farming to support her and her siblings. Her father was recently evicted from his house due to a court case that he has been appealing, which has used a lot of their resources. At her school, she was the Head Prefect and also played soccer and netball on the school teams.