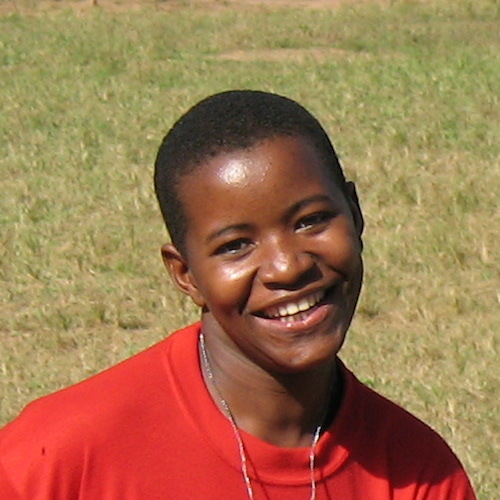 Paulina studied at Mtwara Public Service College. She successfully completed a course in computers at Eremi Computer Centre in Mtwara. She passed her form four exams in 2008. Her family emigrated from Mozambique in the 1960s to escape the war for independence there. Her parents are in poor health and she is only the second of seven children to attend secondary school. She participated in a school trip to climb Mt. Kilimanjaro and started as a defender on the girls’ soccer team. She also held the position of prefect for Sports and Games in the student government and was involved with the school’s health club.