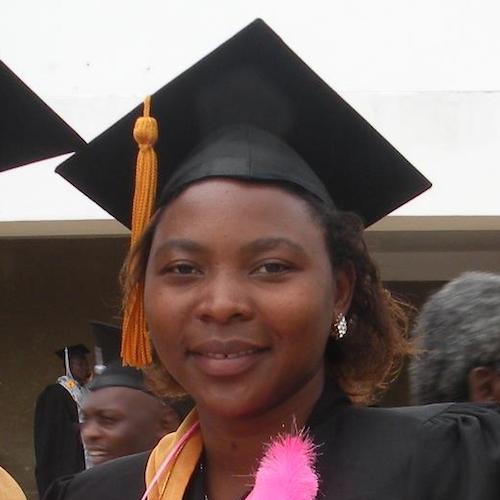 Rose received her Bachelor’s in Computer Science at Ruaha University College in 2012, where she was first in her class. Due to her high grades in her first year, she received a 100% loan from the Tanzanian government. Rose has also become the Treasurer of TETEA’s Tanzanian partner organization, as she desires to help students receive the same assistance she received.

In 2009, she finished Form 6 at Makongo Secondary School, a private school in Dar es Salaam where she was the girl with the highest marks in her PCB combination (Physics, Chemistry, Biology), receiving a 16 on her national exams, placing 7th overall in the combination. She was the top girl in her class in the Form 4 national examinations at Maposeni Secondary, scoring an 18. She was the first girl there in over 10 years to score an A on the math portion of a standardized exam (Ruvuma Mock 2006). She has a single mother, who is a subsistence farmer, and lived with her aunt during secondary school until her aunt passed away in 2006.